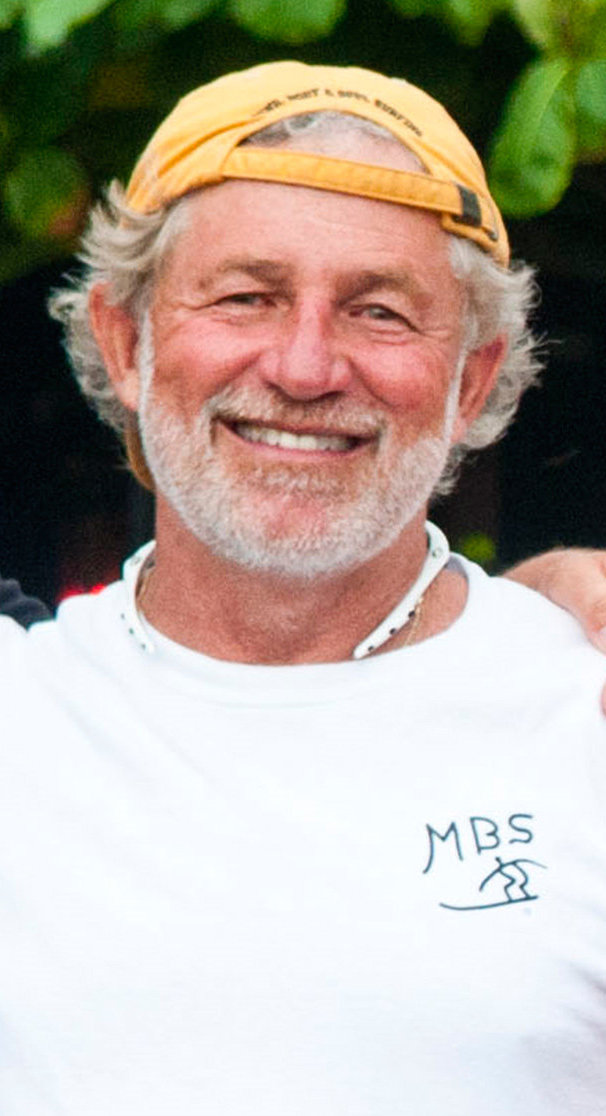 He was born in Kissimmee, Florida in 1951 to a waitress and professional bull rider. His early years were spent with his mother and two siblings, gypsies, moving from town to town in central Florida. At the age of eight, he discovered surfing at New Smyrna Beach, Florida and grew up working and riding waves on the east coast and California, and later, Hawaii, El Salvatore, and Costa Rica.

Don worked to survive and surf. He sold mistletoe in front of a drug stores at age nine, packed cucumbers with migrants in the fields near Virginia Beach at age fifteen, and pounded railroad spikes in the Petersburg, Virginia heat at age seventeen. Along the way his rambunctious spirit and purple Ford van earned him his surfing nickname, the Coydogg.

His high school years were spent in Key West, Florida as a general student not expected to attend college. Late one night, while mopping floors at the worn Key West Naval Hospital, he spoke with a young doctor and that evening decided medicine was his calling. Why not become a doctor and a surfer?

Dr. Kennedy’s thirty-year practice of family and geriatric medicine began with pre-med studies at Seminole Community College in Sanford, Florida and during his six years in the U.S Air Force, graduated with his a BS degree in biology and chemistry from the College of Great Falls in Great Falls, Montana.  He then attended The University of Health Sciences in Kansas City and completed a family medicine residency at the University of Missouri.

At the age of fifty-two, Dr. Kennedy returned for his master’s degree in business at Stetson University in Deland, Florida and completed his PhD in Leadership at Cardinal Stritch University in Milwaukee in 2015. Remember, he wasn’t expected to attend college.

The surfer-doctor has extensive business and marketing experience. He was founder and CEO of three family medicine practices, set-up and managed urgent care centers, worked with migrants in the National Health Service Corp, and is a co-founder of the Mind, Body, and Soul Surfing Club ™.

Most importantly, Dr. Don Kennedy writes to improve lives and is the only physician in the country practicing Motivational Medicine. His first published book and self-help program, 5 AM & Already Behind, was written on a dare by best selling author and friend, Michael Gerber (The E-myth).

That story about finding your Bahbit™ was a number-one best seller on Amazon and published in three languages and the doctor used 5AM in his medical practice and seminars to teach hundreds of patients and students how to achieve a healthy and purposeful life balance.

The Surfer’s Journey is a unique symbol-based manuscript Dr. Kennedy uses as a textbook to teach the ten leadership principles of surfing at universities, businesses, with private clients, and at his destination-based Surfer’s Journey retreats in Costa Rica and elsewhere.

Don lives in Orlando, Florida with his wife of thirty-five years and has four children and three grandchildren. The Coydogg still surfs. 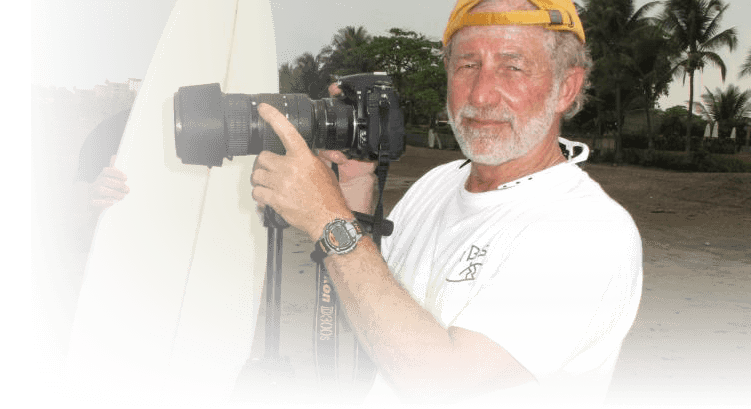 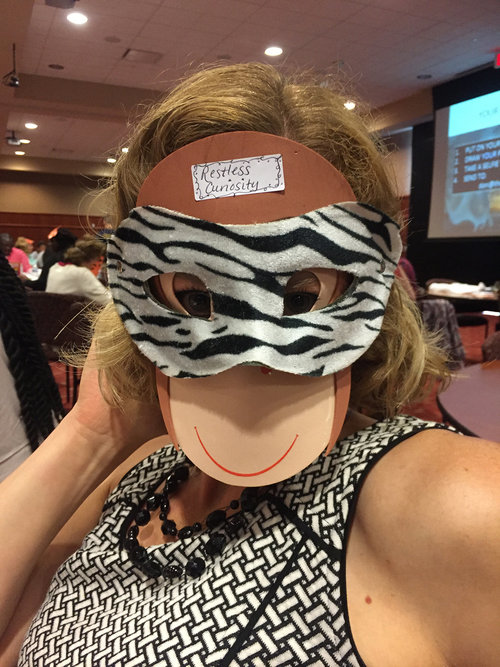 “We all have a story to tell about our journey in life. Listening to Don’s presentation about The Surfer’s Journey put me in the water of my own life story and allowed me to feel the wave of emotions and surge of experiences to realize I, too, am a hero.

My journey through Restless Curiosity (my surfer name) has allowed me to learn more about myself. Don’s message has positively challenged me to paddle out beyond my daily life patterns and see the beauty of the world beyond the breakwater.” 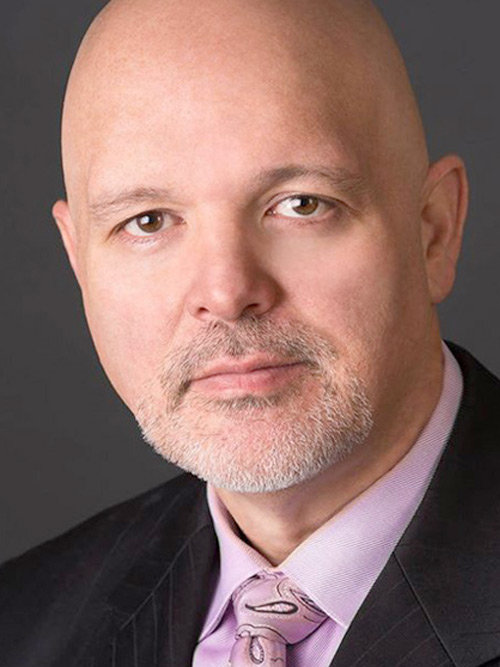 AUTHOR: PERSUASION THE ART OF GETTING WHAT YOU WANT

“I’ve had the opportunity to be coached by Dr. Kennedy a number of times. His deep knowledge and compassion combined with an unflinching willingness to say what needs to be said and what I need to hear makes his experience and advice invaluable to me.

His combination of medical and business knowledge and backed up by in the trenches experience gives him great breadth of understanding and ability to dig in deep and help you solve your most pressing problems. He is unique in his position as a coach and mentor. When he says don’t wait, he means it!”

When I first spoke to Don about editing The Surfer’s Journey, I was intrigued. I was familiar with the Hero’s Journey and looked forward to seeing it played out through the eyes of a surfer. Other than the surfing angle, I expected no surprises. It was going to be just another editing job.

Boy, was I wrong. As I started learning about Don’s protagonist, John Foster, I also started identifying with him. Like John, I was stuck on the safe but mundane “beach of same.” Also like him, I needed to make some changes, but fear kept me inside my cocoon of safety.

The more I worked with Don on his book, the more my brain nagged me to take a chance. But on what, exactly? One day before returning to my job as a high school English teacher – a job that leads to anxiety, stress, and exhaustion – an opportunity presented itself.

I was dreading going back to school. Testing, damaged teenagers in need of nurturing and attention, fixation on data… I had job security, but at what expense? So when a friend reached out to me to ask if I knew any writers, I answered with a confident, “I write.”

I had experience with writing, but it had been a while. I had been editing for so long, that I pretty much forgot how much I loved putting my own words to paper. This was my chance to emerge from my cocoon, get off the beach of same, to swim out – one rock at a time – and find my perfect wave.

Saying yes to that opportunity has changed my life. Through editing and writing, I am able to use parts of my brain that teaching no longer allows me to use. With every project, I grow stronger and faster. That perfect wave is just around the corner; when it comes, I will be ready.

“I am here to lead you beyond the threshold of the meaningless.”